Cheryll, on location, doing a shoot for Tippi Hedren meets up with her

Take a tip from Tippi Hedren and enjoy a chance of a lifetime
experience an overnight stay in her exotic tent at the Shambala wild
animal preserve in Acton, California! The age defying actress is offering the
exclusive getaway as a means to raise money for the Roar Foundation to
help defray costs of caring for her nearly 70 exotic animals, all rescued from uncertain and often dismal fates.

To help get her message across on the particular day I visited her, Tippi
began taping a series of promotional and public service announcements.
My anchor friend and former colleague from CNN, Cheryll Jones, serving as interviewer/host/producer, is also the common thread between all involved in today’s productions. Kansas City director/writer Scott Nelson, and LA cameraman Steve Schein, also donated their talents on this sweltering 100 degree day.

The lions, tigers, ligers and elephants, many abused, neglected and abandoned, have become a life force for this still svelte and stunning actress who reached international stardom in Alfred Hitchcock famous 1963 thriller, “The Birds”.

Although always an animal lover, it wasn’t until Hedren worked on location in Africa that she began to realize these beautiful, wild creatures were
diminishing rapidly.  Later, after acquiring some lions to shoot the movie
“ROAR”, she learned first hand that these strong,  possessive, and often
temperamental cats were better off in the wild, not as pets.  Her dedication to their preservation resulted in her turning the “ROAR” movie location into the beautiful, exotic animal  sanctuary, appropriately known as Shambala. 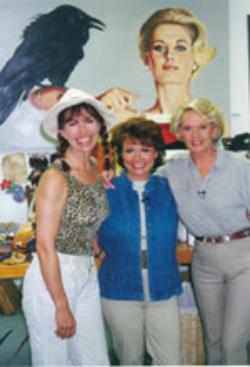 All of us sustained injuries shooting “ROAR”, I had a gash in the back of my
head.  I don’t know whether the lion was trying to play or had full intent of injuring me.  An inch lower would have broken my neck and been fatal. I can still hear its teeth grinding,, Tippi says, moving her hand to her neck.The terrifying incident made a point clearly as she relates emphatically,“ These animals are predators not pets! That’s why we have a bill  that would stop the illegal sale and breeding of these animals...the Shambala Wild Animal Protection Act of 2000. If the bill passes, we won’t take these animals away from people. We’ll just make sure they get a license and know how to treat them properly”. 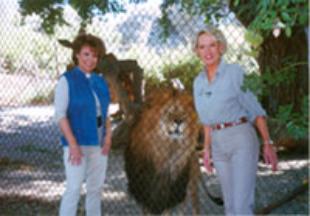 As the stylishly clad Tippi, in khaki stretch jeans and matching safari  shirt,
gives Cheryll and me a tour of the premises, it’s clear each animal has a name and special story.  Leo, a regal 85-pound lion cub, for  example, was brought to the preserve in 1993 by one of Cheryll’s Kansas City friends who rescued him from a home near Branson, Missouri,where he was being kept, dangerously, as a pet.

The good Samaritan, Terry Huffhines and his
son, Justin, nervously drove across country, 1500 miles, thirty hours
nonstop, with rambunctious Leo in the back seat of his car.

The lion was graciously welcomed by Tippi along with famed animal conservationalist and TV personality Jack Hanna and film crew...there to shoot Leo’s highly anticipated arrival at his famous new home with the worlds leading celebrity animal lover for Hanna’s TV show. Leo has lived happily since in
the haven known as Shambala, which means in Sanskrit, a meeting place
of peace and harmony for all beings animal and human.

As fate would have it, Leo has become a bit of a celebrity himself, receiving star billing as the official mascot for the Acton Lion’s Club, model animal for numerous cards, promos and poster lion for the  preserve.

Leo and the other lucky residents rely on Tippi and her devoted helpers
for their food and care. This includes invaluable  assistant Marcia Newyear,volunteer Jenny Loomis and animal handlers Trudy Farley, Chris Gallucci,
Don Scott and Chui (pronounced Chewey).

The preserves expenses are enormous, costing nearly seventy-thousand dollars a month just to keep it running.  Most of the money comes from grants, donations, and Tippi’s fundraising efforts.

Bella and Cheryll
A Great idea for a getaway

“It’s amazing how many people think I’m rich”, she says with exasperation.

I’ve never been paid as the head of this foundation.  We’re constantly
working. My daughter (actress Melanie Griffith, married to actor Antonio
Banderas) helps me with fundraising but she’s busy with her own career,
children and various projects. She does help, but this just isn’t her thing.
We’re constantly looking for grants.  Lots of structures are twenty five years old or more. They need to be redone. Basically we need money she says passionately.

As Cheryll and I cross an old, narrow, rickety bridge, we spot the Safari Tent
with its curtain of beads glistening in the afternoon sun. The quarters are
plush, a decorators dream the ultimate safari fantasy.  Among the
custom amenities, a comfortable feather down bed with mesh netting
canopy, leopard print linens and bathrobes. There’s even a shower stall in
the back, complete with designer toiletries. Needless to say, one does not
rough it spending a night here at Shambala. 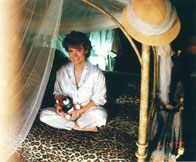 Cheryll explores the luxuries of
Shambala "tenting", complete with
a stuffed, adoptable Shambala
"Wild Ones

As Tippi tells it, “Our guests arrive at 4pm, and have a refreshing drink by
the koi pond or waterfall.  We go for a walk, talk to the animals, and enjoy a lavish, gourmet dinner. At midnight, we go on a safari stroll to say
goodnight to all the animals.

In the morning, breakfast magically appears at your doorstep in a picnic basket, complete with a copy of the  LA Times. It’s like going to Africa for half the price.... it’s a fabulous animal and nature lovers getaway.

Guests say the $2500 tax-deductible price tag is well worth it. They hug
me when they leave. They know how fortunate they were to have such
close, yet safe proximity (the animals are protected by a twelve  foot
perimeter fence) to the animals. I like people to go away anxious to return”.

Perhaps that’s why Tippi opted to live on the premises of the Acton
preserve, some 45 miles outside the glitz and glamour of Beverly Hills. “It’s
so wonderful to look out the window and see these beautiful creatures, roar play or sleep. I feel very safe here.  I love these animals more than my next breath”.. 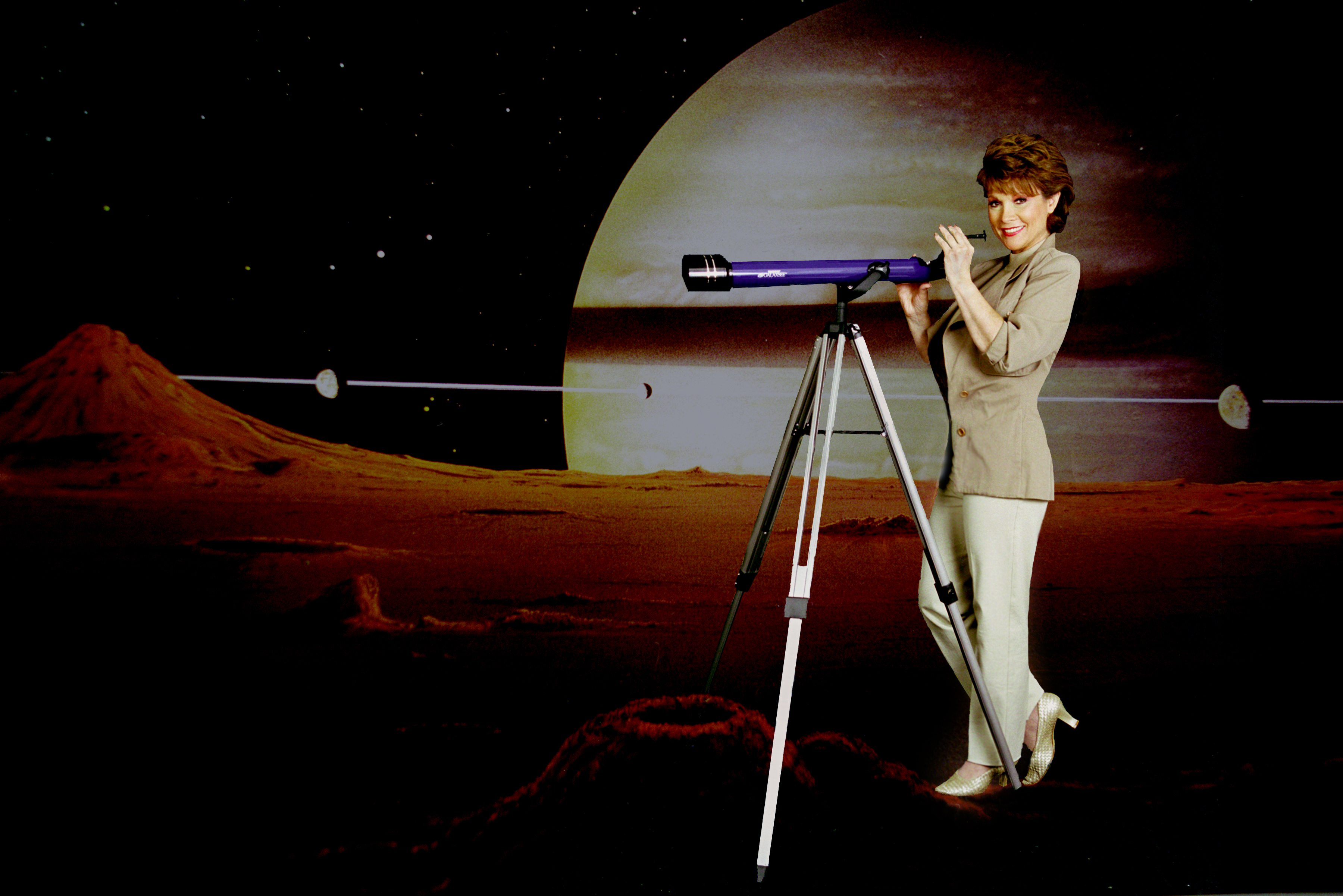 life somewhere in the universe 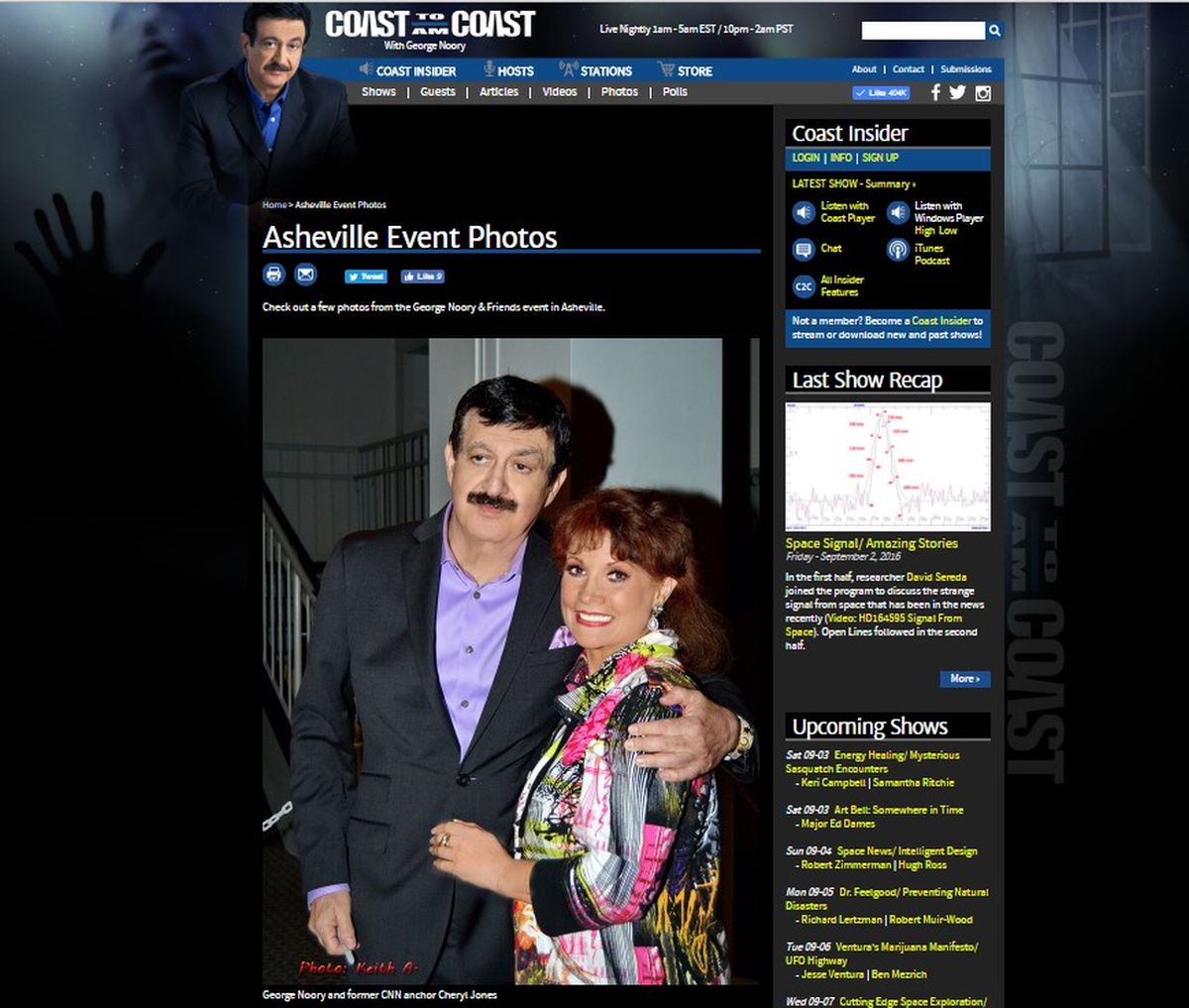 Leo became the official mascot for the Acton Leo’s Little League team... and only known lion ever to have a membership in the Lion’s Club.

The Story of little Judah Leo’s trip to Shambala where he would live his life in paradise with the beautiful Tippi Hedren, Actress and Earth Angel extraordinare.